Top 3 reasons why bitcoin Cryptocurrency Prices are on the rise

Top 3 reasons why bitcoin Cryptocurrency Prices are on the rise

Cryptocurrencies, especially Bitcoin, are now being considered as safe-haven assets against market volatility and inflation. The current societal and economic climate also brings about a situation for people to hold less cash and stay hedged against market swings.

The cryptocurrency market has continued to witness a boom despite the global pandemic wreaking havoc on all significant economies on the planet.

Many crypto startups have emerged in the space during this pandemic to cater to the ever-increasing demand for Bitcoin and alike cryptocurrencies.

Cryptocurrency market capitalization fueled by Bitcoin’s growth recently crossed the $1 trillion mark. Out of which, Bitcoin, has been on a bull run for quite some time and is responsible for roughly 69% of the total market value.

Cryptocurrencies, especially Bitcoin, are now being considered as safe-haven assets against market volatility and inflation. The current societal and economic climate also brings about a situation for people to hold less cash and stay hedged against market swings.

Recently, there has been a trend where public companies are converting their cash treasuries into crypto.

In October 2020, the global digital payments company PayPal announced that it would be launching cryptocurrency buying and selling features on its platform.

PayPal is known to have 350 million users who will now be capable of adopting crypto as a payment means. Also, its 30 million merchants will have the option of receiving payments in crypto.

PayPal was one of the critics of cryptocurrency as a sustainable currency. Now it is one of the biggest names jumping on the bandwagon. Along with others and PayPal’s support, there has been more demand for the asset class, thus contributing to its price rise.

It is not new that most cryptocurrencies in the market have a limited supply. Bitcoin is also one of them. This year the third Bitcoin Halving took place.

Bitcoin halving is an important event in the Bitcoin network that happens every four years.

If the rising prices in the crypto market have got you thinking that it is too late to invest in cryptocurrencies, understand that this is just the beginning.

With more countries seeking to regulate the market, cryptocurrencies will become mainstream.

Popular posts from this blog

History of blockchain Blockchain has the potential to grow to be a bedrock of the worldwide record-keeping systems but was launched just 10 years ago. It was created by the unknown persons behind the online cash currency bitcoin, under the pseudonym of Satoshi Nakamoto. Cryptographer David Chaum first proposed a blockchain-like protocol in his 1982 dissertation “Computer Systems Established, Maintained, and Trusted by Mutually Suspicious Groups.” Further work on a cryptographically secured chain of blocks was described in 1991 by Stuart Haber and W. Scott Stornetta. They wanted to implement a system where document timestamps could not be tampered with. In 1992, Haber, Stornetta, and Dave Bayer incorporated Merkle trees into the design, which improved its efficiency by allowing several document certificates to be collected into one block. The first blockchain was conceptualized by a person (or group of people) known as Satoshi Nakamoto in 2008. Nakamoto importantly improved the design
Read more 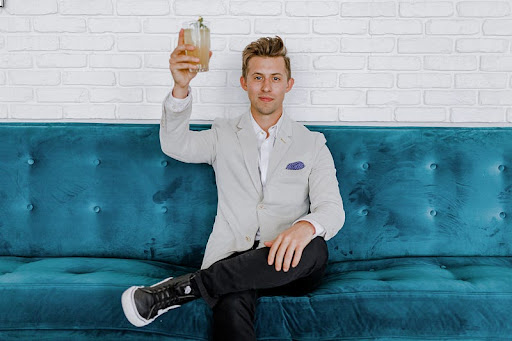